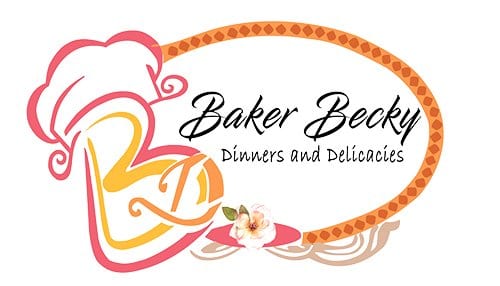 By day I manage people, places and things, but in the afternoon/evening it’s all about me, those I love and what I love to do… cook.  People have always said that I’m a good cook.  I didn’t necessarily agree with that statement.  I felt that I used to get compliments like I did because people knew that if they got an invitation they weren’t going to suffer through a terrible dinner and would probably get to take home left overs.  Over the last few years my thoughts have changed about my abilities in the kitchen.  Now I think I’m a damn good cook.  I’ll even go as far to say I’m an exceptional cook and I’m can be considered a kitchen snob.  I definitely have standards.

I started obsessing over cooking when I lived in the Europe.  I loved and respected everything and everyone over there.  I embraced our differences, but I also missed home and things that were ‘normal’ to me.  Within a few months over being there I had joined the American Women’s Club and I more or less took over the cafe.  Within a few months I turned around and it had started generating revenue.  I also started catering to the ex-pats, i.e. the American families that were living overseas due to work in a small village called Wassenar.  I got a job in a cafe in the Hague; I stayed busy and refined my skills by making food that I’d grown up with that was American.

When we moved back to the U.S.A. I got a ‘real job’ but I continued cooking.  As the internet has continued to make the world a smaller place I’ve been adding to my already good skills in the kitchen.  I’m not so arrogant that I think I cook at a level of a Master Chef or someone who’s been educated at le Cardon Bleu, but I do think that I’m a better cook than most and I’m embracing the word Exceptional.  I know I cook better than most. I think that with the help of my taste buds and my desire to always ‘win’ and the internet (Pinterest and YouTube) I’ve managed to hone my skills in and refine them in a way that isn’t good for my hips (or several others for that matter), but makes people in my circle both here an at home happy.  I’m not afraid of trying new things or new techniques.  Sometimes the only way to succeed at something is to fail 10 times first.  I can live with that.

My son and I are working cooking videos now.  We completed our first one last weekend.  Well, lets say that I did my part.  Now it’s in his capable hands for editing.